I know, I am completely slacking (why am I so inclined to use the term “slack-a-lacking”?… I’m a nerd…), but here is the recap for Friday and Saturday.

Friday was a very boring day in the new events department.  I mixed up a new tempeh spaghetti and Paul and I started a new series on Netflix that is not good, not bad, just semi-entertaining called “Hemlock Grove”.  It is a Netflix original series, and I think it is trying to capitalize on the whole vampire vs. werewolf thing, but in a more gruesome, scandalous, adult way.  It’s okay.

Saturday we found ourselves in Grand Rapids for the “Black Party” at Founder Brewing Company.  Founders makes a really quality line up of beers, and the Black Party is something they do annually to celebrate their darker beers and to tap a few special ones.  I was the D.D., so Paul and our friend Ryan were having a blast sampling all the different kinds of beers (Paul and pretty much all of our friends are beer snobs).

A few hours into the event, I was feeling tired and decided to nap in the car.  What can I say?  My super power is being able to sleep any where at any time, I think a lot of this has to do with George.

When I woke up about an hour later, I decided to do some exploring around Grand Rapids in search of some tea.

I found an awesome spot called Mad Cap where they do single drips for each cup of coffee that is ordered.  It is a very trendy little place with a minimalist approach to their decorating, but just a very cool space.  I then drove around for a little bit just checking out some of the architecture there.

Grand Rapids is an amazing city.  If you are ever traveling around Michigan, I would highly recommend a stop off there.  It has a big city feel in a smaller city space.  It is artsy, has great restaurants, amazing architecture, bars all over, and has now been named Beer City, USA from what I have been told.

Once it is warmer, I am hoping to spend some more time downtown walking around and exploring.  I have been going to Grand Rapids my whole life, but the trips have always been to a specific destination in town and then we head right home (a la Founders trips).  They also host some great races, so maybe I will pick up a half marathon or marathon there this year.

So Saturday was a new, albeit short, adventure around Grand Rapids: 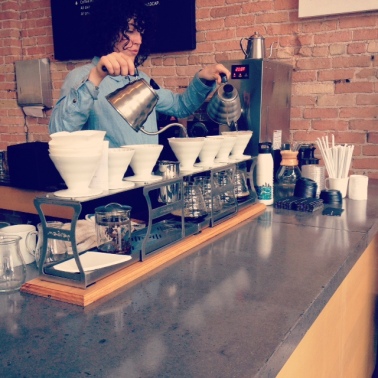 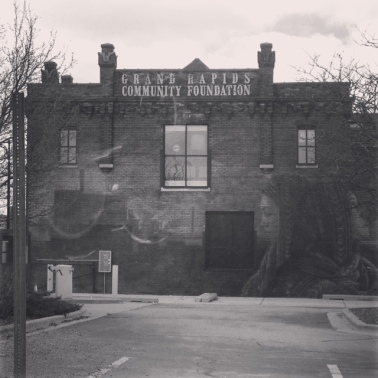 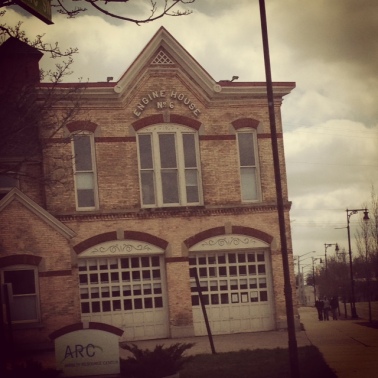 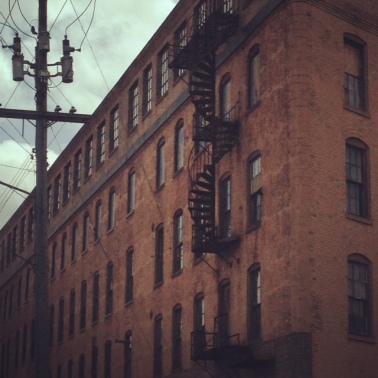 My favorite, the view from across the street from the Mad Cap: 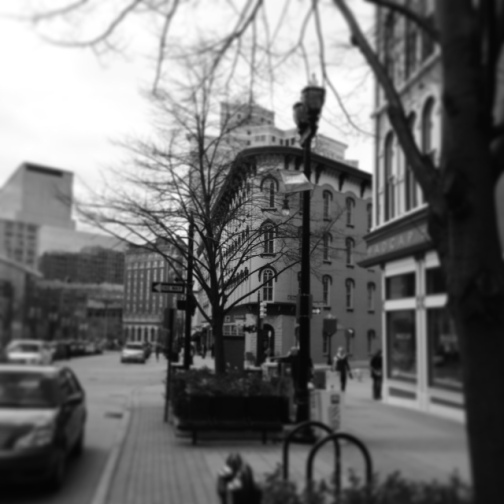