Paul and I had the pleasure of heading to the west side of Michigan yesterday for a friend’s birthday party, allowing us to sneak into Grand Rapids on the way home to check out Art Prize.

I have referenced my love for Grand Rapids in previous posts, but I love the city more and more with each visit, and this time was no exception.

Art Prize is an art contest in which artists from around the world create, install, build, etc. art throughout the entire city; in restaurants, businesses, hotels, on the street, in the river, and the public vote on the winner.

This was my first Art Prize experience, and it did not disappoint. 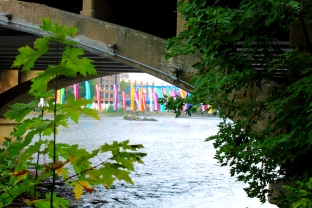 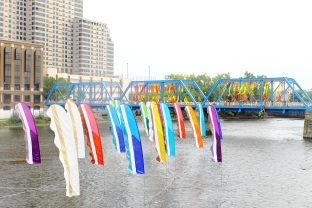 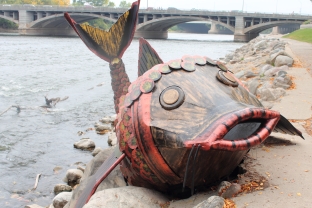 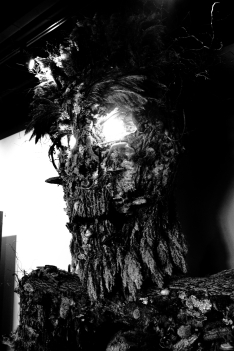 This guy, who was in Founder Brewing Co., was a little bit scary. Very cool at the same time because it was made entirely of natural materials like moss, sticks, etc. (except for the light up eyes). 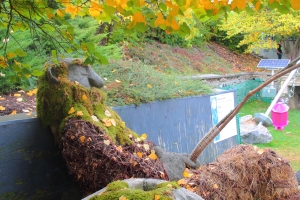 My angle could have been better on this photo, but he is actually fishing… 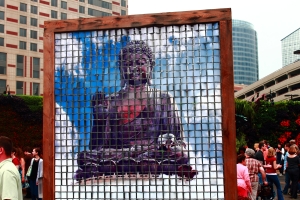 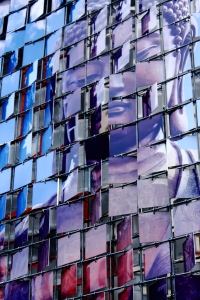 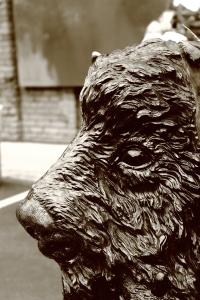 Buffalo sculpted out of wood 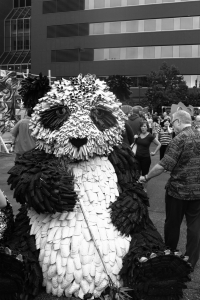 My favorite of the day 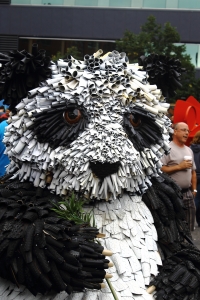 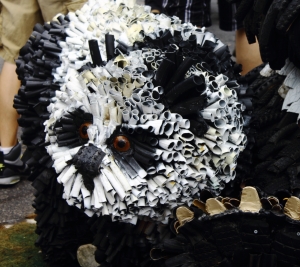 There was also a baby panda 🙂 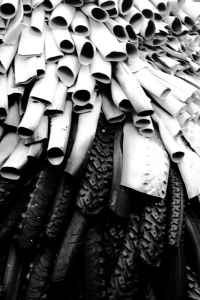 The pandas were made out of bike tires 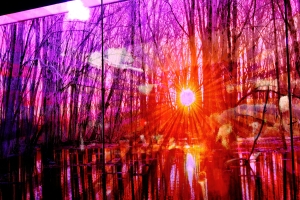 I am not even sure what this was made out of. Some sort of media art, but it was beautiful.

The art was amazing, but it was invigorating to see the city so alive with energy.  There were people every where! Grand Rapids always has a great vibe, but adding in street vendors and performers gave it a whole new atmosphere. 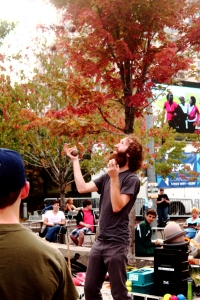 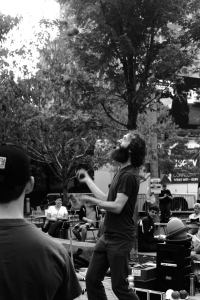 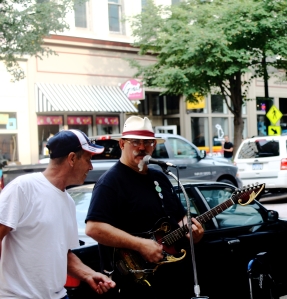 And then there is the architecture in Grand Rapids.  There are streets that, to me, feel like Chicago collided with Europe.  It really is a beautiful downtown. 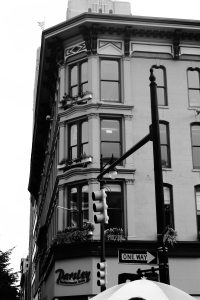 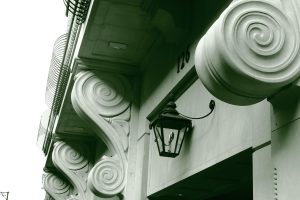 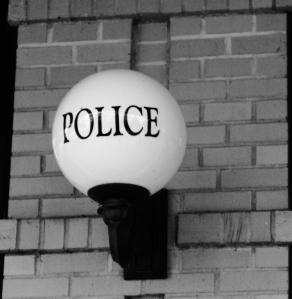 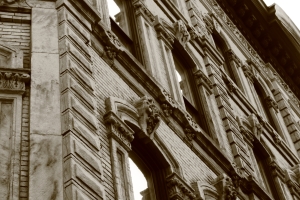 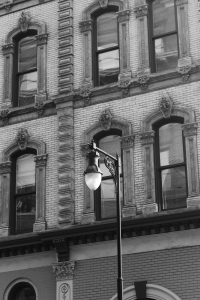 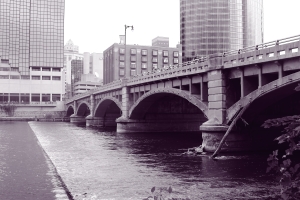